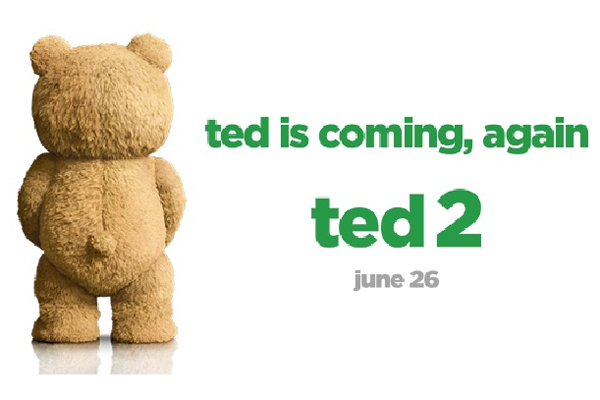 The Trailer for Seth MacFarlane’s Ted 2 was just released by Universal Pictures. The story of a man living with his crude but cute foul-mouthed living teddy bear was a huge hit in 2012, so look for the sequel to be one of the biggest comedies of the year. The film is due in theaters on June 26, 2015.

MacFarlane returns as writer and director as well as the voide of Ted along with star Mark Wahlberg.