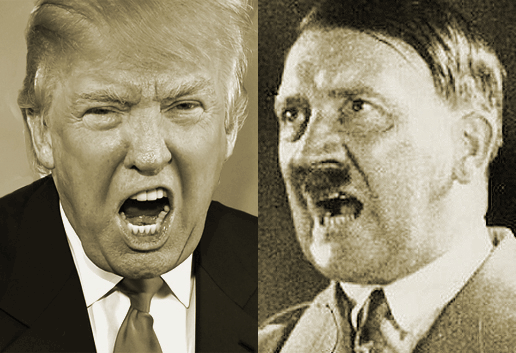 Trump Versus Hitler: Who said it?

Ever hear of Godwin’s law? It’s an Internet adage that claims “As an online discussion grows longer, the probability of a comparison involving Hitler approaches 1” In other words, if an online discussion (regardless of topic or scope) goes on long enough, sooner or later someone will compare someone or something to Hitler.

Throughout the campaign season and as we approach Inauguration Day it gets harder and harder not to compare the two. Trump returns to similar themes in many speeches and one would wonder if Twitter existed in the 1930s, Hitler would have been tweeting at 3am.

To prove the point we humbly offer this quiz. You’ll be amazed at how difficult it is to tell the two apart. Try this quiz: