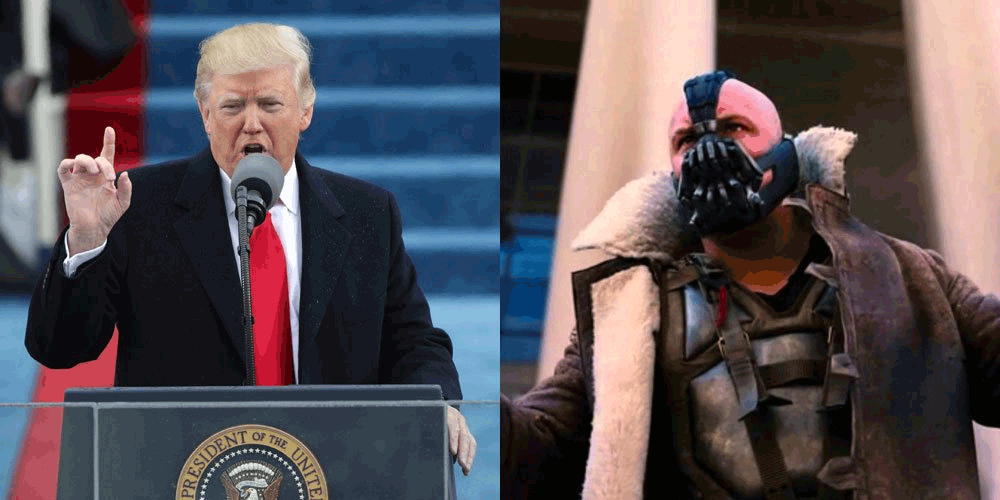 It got hard during the inauguration to tell the difference between Donald Trump and Bane, the Batman villain from the Christopher Nolan-directed Batman movie “The Dark Knight Rises,” from 2012.

Folks around the internet quickly noticed one line’s similarity to a Bane quote:

So yeah, that’s awfully close to what Tom Hardy’s Bane says of Gotham when he holds the city hostage toward the end of the movie.

“We take Gotham from the corrupt! The rich! The oppressors of generations who have kept you down with myths of opportunity, and we give it back to you, the people,” said Bane.

It got us thinking how else, might they be similar. Take the quiz and see.

Freaked out yet? You can also try Trump or Hitler.