Celebrities and scenes from The Beatles to Hermione Granger to Grease (ironically) have been turned into healthy dinners for her kids.

Here she explains what got her first involved in food art:

I started my very first Bento making in December 2008, when I was heavily pregnant with my second daughter. It was to let my elder daughter to eat independently after the arrival of her younger sister. I was very lucky and blessed that my creations never failed to impress my elder daughter and it made her looked forward to the next meal. Now, she has her little sister fighting over which character they should get during mealtime. It makes meal time extremely fun.

Here are some of our favorite designs by Lee: 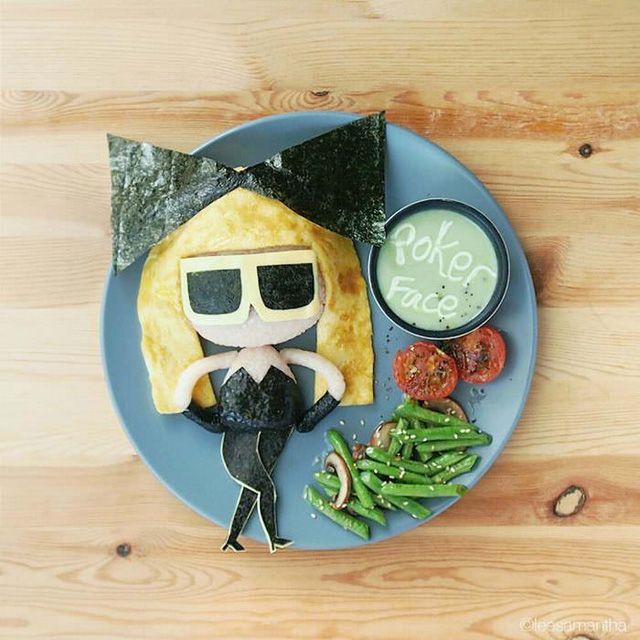 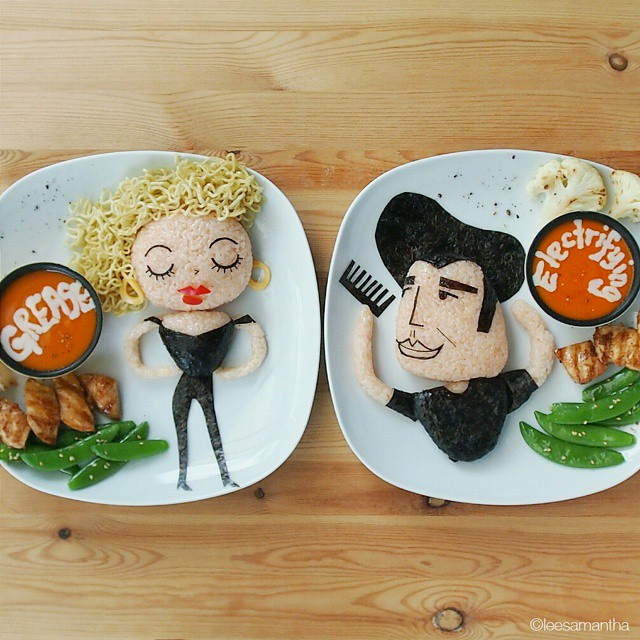 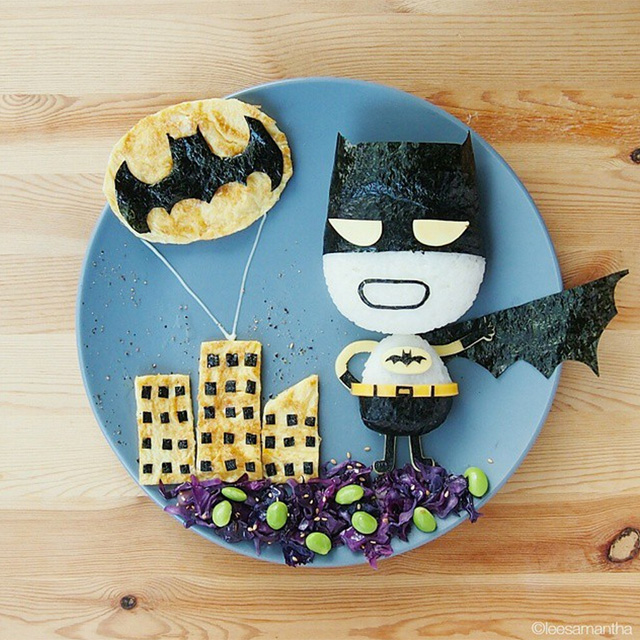 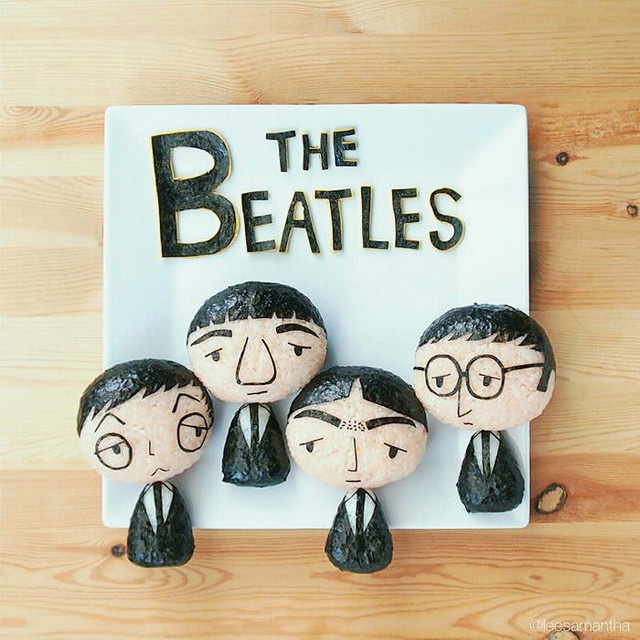 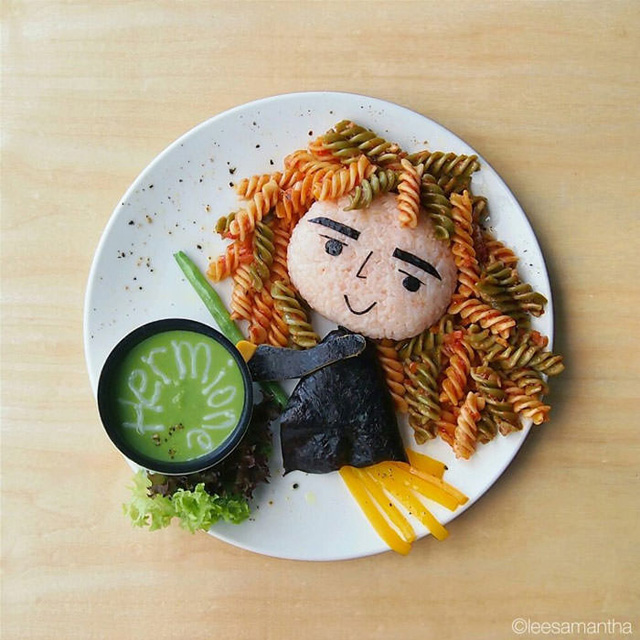 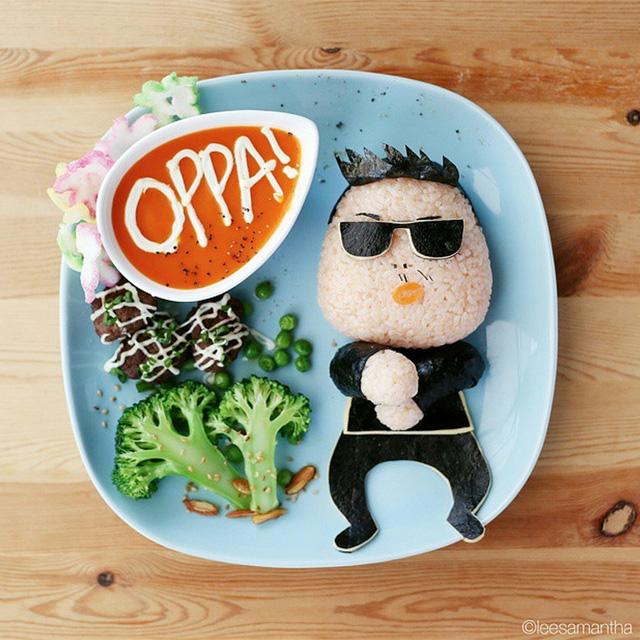